I got out into the water this morning. I was just getting warmed up when I saw a bird in the water. It was about 50 yards offshore. I paddled up to it because it was not acting normal. It was a full size trying to stay afloat with its wings out. As I got closer, it tried to grab a line with its talons. It got hold and I tried to paddle to shore. It could not hold on.
Not having this type of experience, I was not sure what to do, but I could tell it needed help. I took my sunhat and covered its head. I reached and got hold of one of its wings. I pulled it in and brought it into my cockpit. The hat came off and it tried to bite at me. It was just scared. I recovered it and it calmed down. It tucked its claws in and just laid in my lap as I paddled to shore.
I found a local family and they called for help. I set it out on the shore to see if that would help. It did not go anywhere. I got out of my kayak and covered it again so I could pick it up and move it to some shade. I did that and captured a few images. The animal control was on their way, so I took back off. The locals were watching it.
It was a little thing to do this, but it was such a cool feeling to have that big of a bird in my arms. I shot video and I will post it once I upload it off my camera. It was just a cool experience for today. 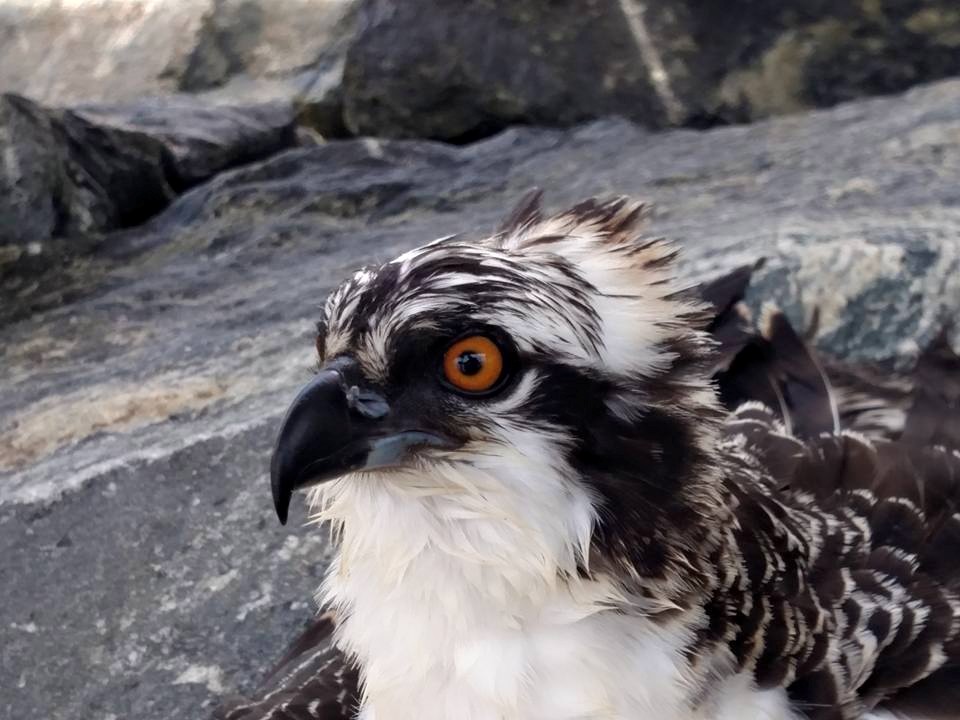 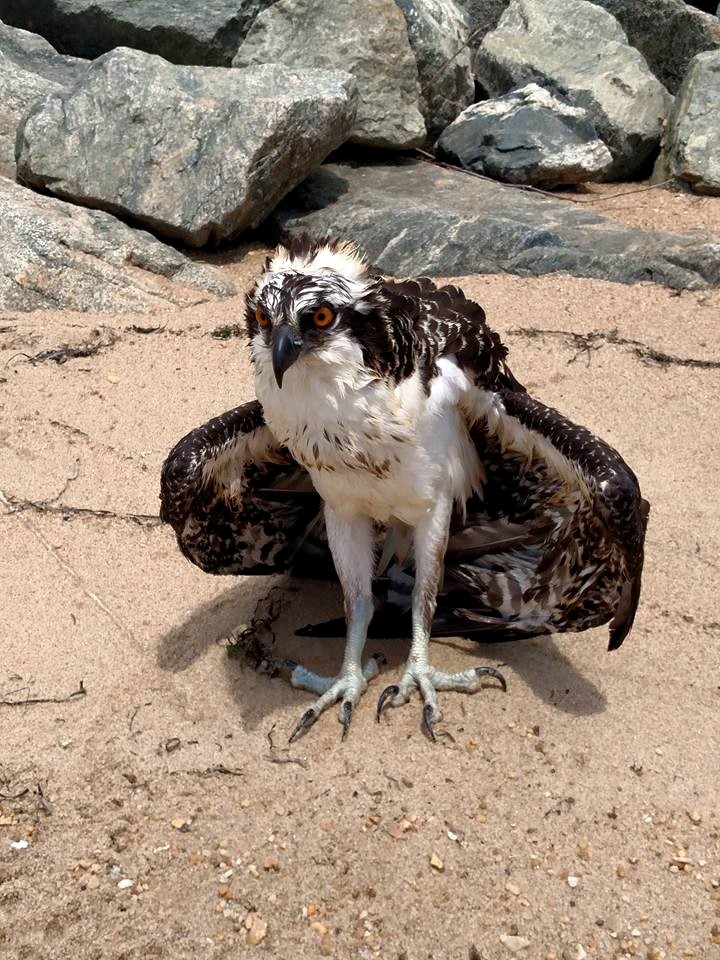 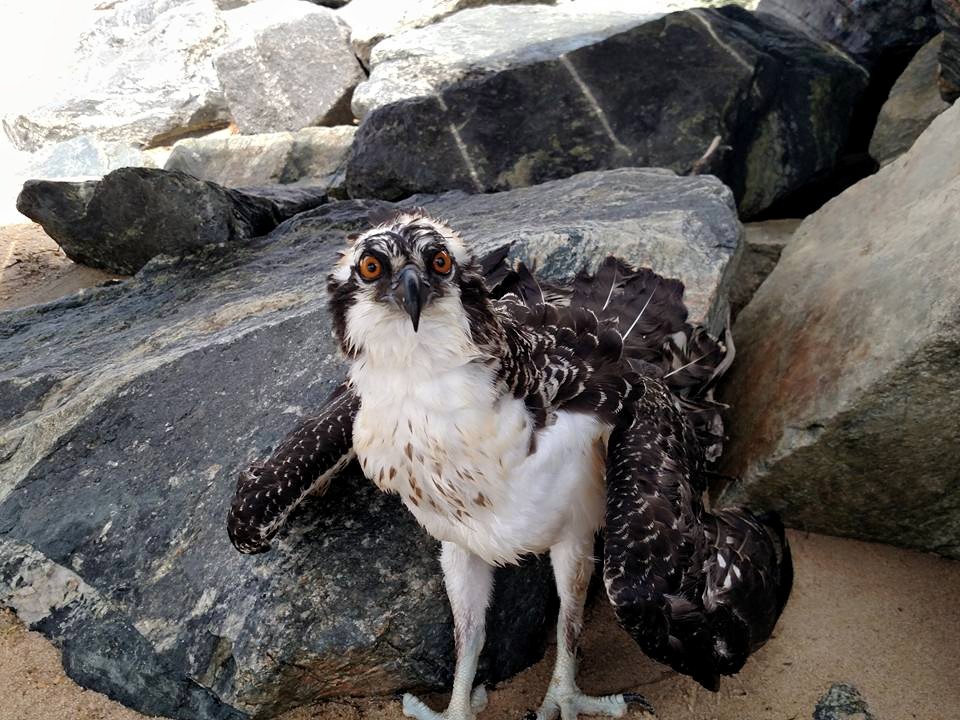